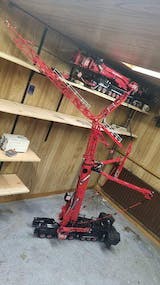 Great MOC. Challenging to build which is exactly what I am looking for. Quality bricks. Love the pneumatic mechanics. Lots of fun. 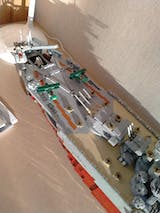 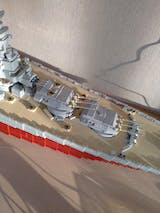 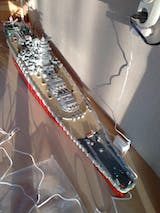 The order was sent very quickly with upfront good answers on questions by email. The quality looks ok and the set has some challanges w.r.t. the instructions and a lot of building hours. You can fully enjoy. Amazing to build, I enjoyed it a lot!

I accidentally stumbled on Toy Brick Lightning in a search to light up my Lego set. I had seen other possibilities but always found them a bit flimsy when I looked at the results. Then I saw how Toy Brick Lightning had tackled this and was impressed. Also, the price tag for the lighting was such that it was worth a try even if it hadn't worked out. But, I am impressed. Delivery was very quick, instructions were good enough to follow and with a little help from an accompanying YouTube clip it was very easy to modify my Lego model and swap some original Lego bricks for the new light bricks. I like the fact that they use original Lego bricks and components and have added the light features. They fit perfectly and the end result is fabulous. I can recommend this to anyone, it will light up your Lego model.
I do have some suggestions, to hold down the wires on the bottom of the Lego model there was only one little brick and I think two would have been better. However, I resolved that using the original Lego bricks that were exchanged to fix the wires a little better. Also, the lights a pretty bright and there is no dim possibility, that is something I will look into but that is also something that Toy Brick Lighting could think about as an option (even if there were something like 3 fixed settings, dim, medium and bright). The last thing that I would also find useful is a timer so the lights can be set to go on automatically on a schedule. Again, this is something I can probably achieve myself but could also be a nice optional thing to sell for Toy Brick Lighting.

Bottom line is that I am very happy and that I could recommend this to anyone. I got this set just before I finished the Lego set itself, so I could incorporate the lights. Though placing the lights is a bit finicky, but the instructions are clear so it isn't to hard.
And now my model shines even in the dark. Looks like the one in the movies! Building was great! Great Tractor, Quality is great!! very happy with it, fast shipping, delivery was within 7 days!